Kashmir's unparalleled beauty is reflected in its baghs, the soulful shikari rides and snow clad valleys. Amidst this beauty, your brush with the history of this region are the Awantipura ruins and sufi shrines that are instagrammable perfect! . Drive through valleys and stop by a local village tea stall for a steaming hot cup of 'khawa' -the local hot green tea. Stroll around the dal lake and nibble on lotus stem crispies coated in gram flour and indulge in a traditional wazwan while exploring the heritage quarters of Srinagar or treat yourself to an early morning breakfast at one of the traditional bakeries or a shikhara ride through the unique floating vegetable market. The spring colors of the tulips offer a kaleidoscope that is Kashmir and its people will captivate your senses for times to come!

Depending on when your flight lands

We would prefer to have you checked in by 1 P.M., followed by a quick lunch at the hotel. Then we proceed
to the Hazratbal Shrine where the local market is set up every Friday and different stalls are erected that
provide a very local and non-touristy feel to it and is in fact a photographer’s delight, as one is transported
back in time. Proceed to the hotel for a sundowner followed by dinner.

To beat the early crowd and office rush we leave a bit early for Asia’s largest Tulip Garden, the Indira Gandhi Memorial Tulip Garden that houses roughly 1.5 million tulips across 48 species. The garden is located on the foothills of Zabarwan Mountains and is in its full glory by the second week of April.

Post this we drive for an exclusive heritage walk through the old city of Srinagar. As we explore this 2000 year old city we will see a conflux of diverse religions that have added to the history, culture and architecture of the city and made it what it is today. We experience the Sufi culture of Kashmir and venture through the old markets of the city which have been selling their products across generations making the whole experience fascinating. The narrow lanes of the city, along the river Jehlum reminds one of Venice and following these lanes we reach the Shrine of the Sufi king of Kashmir where we end our trail with a panoramic view of the city of Srinagar.

Home cooked picnic lunch will be served to you at the historic Badamwari. The almond blossoms at that point would be in their full bloom and the garden is a sight to behold for any nature lover or otherwise. Though the point of origin is not known exactly various historians believe that the garden existed even before the time of Zain-ul-Abidin in the 14th century.

After such an intense day a relaxing Shikara ride in the Dal is exactly what the doctor prescribed. This will be followed by dinner and a good night’s sleep.

Visit the family of Sajad Bhat, whose family is involved in the art of making the Pashmina Shawls. Kehwa will be served at their home as they explain us verbally and virtually about the weaving patterns and embroideries involved in the shawl making process.

For lunch we visit a local family where we will listen to the famous Sufi folk singer of the valley, Noor Mohammad, playing his ‘rabab’ and singing some melodious folk songs of Kashmir.

En route to the hotel we stop by the Mughal Gardens of Shalimar and Pari Mahal.

12th April, Monday: The Sun temple of Martand and Pahalgam

The Sun Temple of Martand is said to be built in the 693 A.D. made by the King Laladitya in honour of the Hindu God Surya. It is an existing proof of the rich religious history of the valley which has been the hotbed of almost all the major religions of the subcontinent including Buddhism, Hinduism and Islam. Even today the town of Matan has a rich population of Kashmiri Pandits who pray at a modern Hindu temple complex which has fish ponds in its enclosure along with centuries old Chinar trees. We take a walk through this small town to understand the cultural fabric of the valley before driving to Pahalgam.

In the evening we will be walking around the beautiful market of Pahalgam before retiring for the night.

After driving to Aru Valley, there is a trek scheduled from Aru, Pahalgam where we will be served with hot lunch. Aru valley is about 12 KM from Pahalgam known for its lakes, meadows, mountains and glaciers. The biggest mountain of the valley (Mt. Kolahoi-5425m) and its biggest glacier (Kolahoi Glacier) are both located in the Aru Valley. This is a moderately uphill trek which would require comfortable clothing and good walking/trekking shoes.

We check out in the afternoon and drive back to Srinagar. Transfer to the Gurkha houseboat which will be followed by relaxing boat ride on the Nagin Lake.

We wake up early morning and visit the famous floating vegetable market where people from the boatmen fraternity sell their locally grown produce. It is one of those places in India where
barter system is still considered as a means of exchange between the vendors who set up, rather float their shops. Second only to the Mekong Delta floating market in Vietnam, this market is the largest floating wholesale market in the world. The whole trip will take about 3 hours which will be followed by breakfast, check-out and eventually departure from Srinagar. 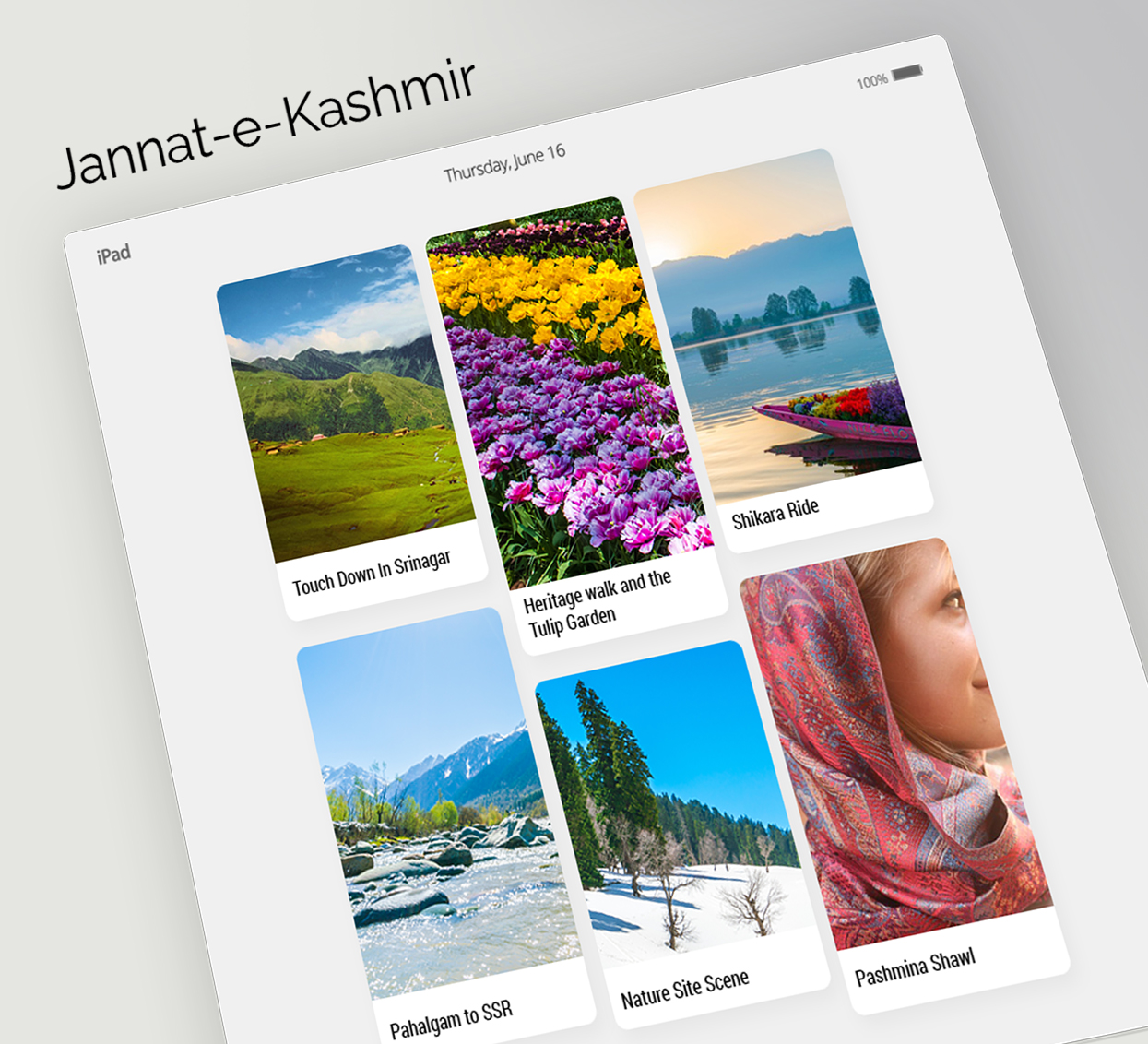 Already have the perfect trip in mind? Let us plan it for you.